Home › Government & Politics › Obama’s Kill Switch Has Now Been Enacted: An Must See Directive that Can Literally Kill You Legally….

Obama’s Kill Switch Has Now Been Enacted: An Must See Directive that Can Literally Kill You Legally….

A troubling Defense Department policy has been uncovered by The Washington Times.  It outlines President Obama’s authority to use military force, arms, and drones in military operations against American Citizens and civil unrest.

““This appears to be the latest step in the administration’s decision to use force within the United States against its citizens,” said a defense official opposed to the directive.”

These are bold words coming from the defense official, who clearly states their attack is against US citizens. The Directive No. 3025.18, which was issues in Decembe2010,  has been named, Defense Support of Civil Authorities  and states that U.S. commanders “are provided emergency authority under this directive.” 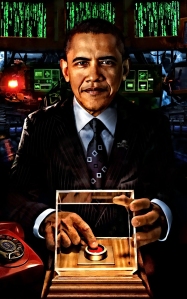 Like Loading...
‹ The Most Shocking Truth About the End of the Age and the Antichrist. A MAJOR Revelation of End Time Prophecy Unfolds and it will SCARE You!
Hell has Arrived the Nephilim Are Coming: Ancient Sculpture Depicts Laptop- Cave Churches Built by Giants, and Ancient Secrets Busted Wide Open… ›