Home › US News › Previously Unreleased Moon Walk Video Footage-Proof Of Moon Landing Hoax? A Funny Thing Happened On The Way To The Moon…

Previously Unreleased Moon Walk Video Footage-Proof Of Moon Landing Hoax? A Funny Thing Happened On The Way To The Moon… 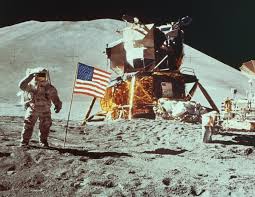 This fascinating video below just came to Beforeitsnews from Award winning and controversial film director Bart Sibrel who asked that we publish it for your information and viewing pleasure. This video purports to show never before seen, unedited and behind the scenes footage of Neil Armstrong during his historic flight and moon walk. What do you think? Bart’s own description of this video directly below.

Never before in all of recorded aviation has a flying machine worked on its first attempt, much less the most complicated one ever imagined, landing on another heavenly body on its maiden voyage, and returning roundtrip with a crew that lived to tell, all with 1960′s technology (more computing power today is found in a $10 watch).

According to Bill Kaysing, a NASA contractor for Apollo, a classified interdepartmental memo rated the odds of a successful and survivable manned lunar landing on its first attempt at one in ten thousand. That is why the returning men of the mission looked so dejected rather than triumphant at their press conference, as they were blackmailed into lying about the alleged greatest accomplishment of mankind, to the detriment of their own souls.

This contains newly discovered, unedited, behind-the-scenes footage, of the recently deceased Neil Armstrong, during his historic “Apollo” flight. The scene contained therein has never been broadcast to the public. In it, Armstrong is using a one foot diameter model of the earth, from low earth orbit, to create the illusion for the television viewers, that he and his crew are half way to the moon, when they are, in fact, still in earth orbit.

This segment is dated by NASA’s own computer clock as having taken place two days into Armstrong’s flight, when he is supposed to be half way to the moon, yet he and his crew are clearly shown (in this newly discovered unedited version) to be still orbiting the earth and falsifying the television photography to deceive the viewing public of their real location. The (CIA?) is even heard on a private, third, audio channel, prompting Armstrong to respond to Mission Control’s initial question only after four seconds have passed, in order to create the false impression of an increased radio delay, so as to appear much farther from the earth than he actually was.

Jump ahead to time: 32:02 if you do not wish to view the entire forty seven minute documentary and only view the newly discovered unedited out-takes of Neil Armstrong falsifying mission photography during the Apollo 11 flight. Also, please visit: http://sibrel.com

Like Loading...
‹ My Conversation With God – God’s Love, His Mercy, and, His Urgent Plea For Repentance!
Break a sugar addiction in a week using three simple steps ›

Categories: US News, You Decide