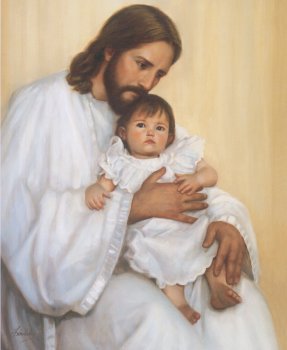 Cecile Richards, CEO of Planned Parenthood, has just announced today (8/8/2013) that the nation’s #1 abortion provider will diversify its revenue stream by teaming with Rock Star Games to launch a business simulation video game. “Due to recent legislation that has painted Planned Parenthood in a negative light, we feel that one of the best ways that we can reach the youth of America, to let them know about all the positive things we do is through video games,” Richards continued, “We hope that this new venture with Rock Star Games will create a new generation of children who respect women’s right and health.”

The game will be called ‘Sim Reproduction Rights’ and will be released just in time for Christmas on December 08, 2013 on the PlayStation, XBox, and PC platforms. This is a business simulation game where the gamer will find the ideal location to open a Planned Parenthood clinic and offer contraception and other women’s health services, such as breast-screening referrals. Through in-game marketing features, the owner will work to increase the influence of the clinic. After the clinic builds a certain number of repeat clientele, good reputation in the community, and passes inspections from the city Board of Health, it will then be able to start providing abortion services. That’s when the big money starts to roll in for the owner, and they can then begin to expand their business to other neighboring cities.

“The major challenge of the game I think is recruiting competent doctors,” said Jett Marshall, lead designer of ‘Sim Reproduction Rights’. “The owner will also have found the ideal location for the business. Business success is still all about location, location, location. African-American neighborhoods are idea in the game, because the pro-life protestors are scared to go there and African-Americans abort up to 50% of their children, but the downside is that non-Black abortion seekers are also scared to go into those communities. So the gamer has to learn how to balance earning potential with threats against his success.” According to Lett, the gamer will also have to manage basic negotiation of services, such as waste disposal and contracting with hospitals for admitting privileges in states like Texas.

Cecile Richards said that she doesn’t expect much blow back from the Pro-Life community in response to the game. “By teaming with Rock Star Games, who has had tremendous success with Grand Theft Auto, we hope to have a great public relations campaign that will show the benefits and rights children have in playing our business simulation game.”

What a sad day for America! This report was filed under the category of ‘Not So Delusional Satire’.

Like Loading...
‹ Islamic Terrorists Issue Threat To ‘Hit Israel’ In Coming Weeks
Comet Ison May Not Be A Comet After All…PART ONE ›