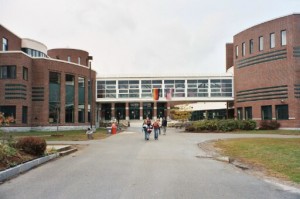 CONCORD – A mother in New Hampshire will no longer be allowed to pray on school property after district officials decided to put an end to the practice following a complaint from an atheist activist organization.

Lizarda Urena has been praying on the steps of the Concord High School auditorium every morning at approximately 7 a.m. since February. She began the tradition after bullets were found in one of the school bathrooms, and at first, would read Scripture aloud and pray for the protection of the students–including her two teenage children, who attend the high school.

For nearly four months, Urena’s practice of praying at the school continued without a complaint, and officials took no issue with her presence.

“She’s not teaching prayer; she’s not out there asking kids to come with [her],” Principal Gene Connolly told the Concord Monitor. “She does not promote religion.”

However, in May of this year, an unidentified resident contacted the Wisconsin-based Freedom From Religion Foundation (FFRF) to complain. In turn, the organization sought to investigate the matter further.

“We sent an open records request to the school district, asking them for copies of any meeting minutes or any sort of documents which gave this woman permission to pray on school property,” attorney Rebecca Markert told the New Hampshire Union Leader.

Additionally, the FFRF sent a letter urging the district to stop Urena from continuing to pray on the steps. At one point, officials told the mother that she could not pray aloud but that she could remain on the property, and so she began praying silently every morning.

“In allowing Ms. Urena to pray aloud daily . . . the Concord School District is placing its ‘stamp of approval’ on the religious messages contained in her prayers,” the letter stated.

Some also asserted that Urena stood in a location where students were forced to be exposed to her prayers and Bible reading, but reports have not been confirmed.

Last week, the district responded to the FFRF, advising that it will no longer allow Urena to pray on the property.

“To be fair to all the kids in the school, it is probably best for the principal to say that she shouldn’t be speaking out like this and proselytizing on school grounds,” school board President Kassandra Ardinger told reporters. “The best mode of action was to tell her to cool it.”‘

However, Alliance Defending Freedom (ADF), a Christian legal organization, explained to the New Hampshire Union Leader its belief that the school district is violating the Constitution, as it silenced Urena based on the religious content of her speech.

“Students and community members that are allowed to come on campus and participate in a neutral thing are allowed to express religious viewpoints,” attorney Matthew Sharp told the publication. “The students know it’s the mother and her own speech– something that the First Amendment protects—and that it is not the school mandating this woman to do it.”

Area churches have generally not been supportive of Urena, opining that prayer should be kept private, since Jesus said to pray in one’s closet.

Regardless, the mother of two says that she will keep pressing on, even if it means that she has to move across the street or be forced to pray for the protection of the children from home.