Home › Christian History › Part 2: Facts You Didn’t Know About the Accuracy of the NEW Testament

Part 2: Facts You Didn’t Know About the Accuracy of the NEW Testament 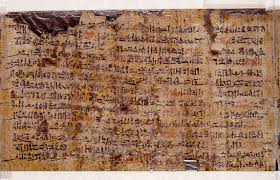 By the fifth century A.D., the text of the New Testament was standardized from a common text found in many Greek manuscripts.  The first printed edition of the standard Greek text came in 1516, prepared and published by the Dutch scholar Erasmus.  Up to this point, there had been no thought to examine the accuracy of this text.  During the next two centuries, however, some Bibles noted certain alterations from the standardized version, including the text of Stephanus used in translating the King James Version in England (1611), and the edition of Elzevir (1633), which became the model for New Testament translations in Europe.  They had discovered older texts that were quite different from the fifth-century standard text.

As scholars continued their work of translation, they became more involved in the history and accuracy of texts.  It became clear that certain texts were more reliable than others.  Manuscripts were then grouped together according to their similarities.  We now know that certain families of older texts (such as the Alexandrian and the Western texts) are closer to the original writings than the standard fifth-century text.

HOW THE NEW TESTAMENT BOOKS WERE COLLECTED

When the first Christians met together to worship, they probably read from the Old Testament, following the Jewish synagogue tradition.  Since the focus of their worship was Jesus Christ, they likely added to their meetings an account of some part of his life and ministry.  At first, the reports might have been first-hand accounts from people who knew Jesus.  But as the church grew in numbers (and eye-witnesses began to die), it became important to write these stories down.  This was how Matthew, Mark, Luke, and John came into being.  These four Gospels became an important part in the worship and life of the early church.

As the Christian movement expanded, the apostles wrote letters to the young churches and various key individuals, giving guidance on Christian beliefs.  These letters were useful to the church as a whole, and so they were preserved.  This also occurred with the Book of Acts, which was accepted because it continued Luke’s Gospel account and provided the only full record of the beginnings of Christianity.

By 200 A.D., the church was officially using the four Gospels as their authority for the life and teaching of Jesus.  By this time also, Paul’s letters were accepted as equally important.  Then, during the third and fourth centuries, the remaining books of the New Testament were generally approved by the church.

This process was formally established when church leaders compiled a list of books similar to our New Testament at the Council of Laodicea (363 A.D.) and the Council of Carthage (397 A.D.)

Now we have the entire Bible in our hands, Old and New Testaments, all 66 books.  Many scholars and critics believe that the world’s best-seller (often referred to as the “Holy Writ” or the “Word of God”) is an accurate record of the authors’ words, handed down without significant loss from generation to generation throughout the centuries.

Before printing began, all copies of the Bible had to be written by hand–first by scribes, then later by monks.  After the New Testament was written and Christianity began spreading, the work of translation started.  The Bible appeared in Latin, Armenian, Gothic, Coptic, and other languages.  People wanted to read the Bible in their own tongue.  These translations were not produced on scrolls but in codex form.  This was a step forward in Bible making and the growing work of translation.  Today, the Bible has been translated in more than 1,700 languages.  The history of this work is both fascinating and far-reaching.

In ancient days, the art of making books was very different from printing and publishing as we know it.  Back then, scribes used a quill pen and ink to write on parchment or vellum scrolls (made from animal skins) to make individual copies of the Bible.  In Egypt, a writing surface was made from papyrus reeds.  Scrolls were usually attached to two wooden handles and could be as long as 40 feet!  When scrolls became tattered or old, copies were made and the old ones were buried in special ceremonies.

Although we do not have original scrolls of any Bible book today, we believe that we have reliable copies of the earliest texts.  Scribes took painstaking care to copy out the sacred writings by hand generation after generation.  Copyists usually worked together, writing at the dictation of the chief scribe.  Seldom did they make mistakes, and when errors were found, the copy was corrected.  These expensive handwritten manuscripts were generally owned and used by churches or groups.  Few individuals could afford to purchase such costly writings.  The well-known Masoretes (a group of European Jewish scribes), working from the  sixth century and into the tenth century A.D., produced several Old Testament manuscripts that still exist.  The Masoretic texts are highly regarded and still widely used today.

At first, the New Testament books were written in the traditional manner–on papyrus or parchment scrolls.  However, by the late first century A.D. a new way of making copies of the Scriptures developed.  Sheets of papyrus or vellum were folded and sewn together at the spine to make a book, known as a codex.  This book form was a great improvement over the long, awkward scroll, and copyists could write on both sides of  each page.

Many important papyrus manuscripts of the New Testament exist today. In fact, the Revised Version of the Bible was based on Codex Sinaiticus and Codex Vaticanus, produced during the fourth century by profession scribes at Alexandria.  Over the past 250 years, scholars have worked hard to ensure that our New Testament today is as close as possible to the original words of the authors.

Like Loading...
‹ Waiting for the Apocalypse, Part II: In the beginning, a fear of the end
Fascinating Bible Facts You Probably Never Knew! ›