Are There Two “Sudden Destructions” Coming? 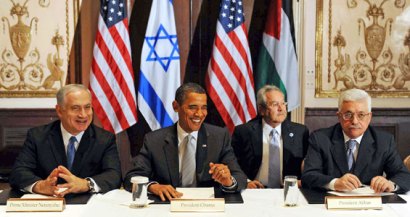 In like fashion, the Apostle Paul writes in I Thessalonians 5:3, “For when they shall say “Peace and safety”, then shall sudden destruction come upon them…and they shall not escape.”

The former passage goes on to describe how “one will be taken and the other left” where people are found, working or sleeping. This appears to coincide with the description of the Rapture that Paul earlier described in Chapter 4:16-17 of his first letter to the Thessalonians. The meaning of “taken” is clarified in I Corinthians 15:52-54, where in the “twinkling of an eye” those belonging to the Lord are changed from mortal to immortal, and corruptible to incorruptible individuals. John writes of this event, in the words of Jesus, in this manner: “In My Father’s house are many mansions; if it were not so I would have told you. I go to prepare a place for you, and if I go to prepare a place for you, I will come again and receive you to Myself, that where I am, there you may be also” (John 14:2-3).

It does appear that the breadth of Scripture is on the side of a deliverance of believers from the path of the destructive judgments of God upon the unrepentant on earth, even from the first of the series of judgments that appear on the scene suddenly, then increasingly more pronounced as time passes, just as Paul described it in the second passage above, as of a woman in the travail of childbirth.   Revelation 3:10, then, is established in its certainty as to its applicants, and to its time-frame: “Because you have kept My command to persevere, I also will keep you from the hour of trial which shall come upon the whole world, to test those who dwell on the earth.”

As we look into the kaleidoscope of intertwining end-time events, we can see clearly the certainty of the rapture-the sudden disappear-ance of millions of people of true faith-and we can see in Scripture that some kind of a “confirmation of a covenant” is to take place. This latter event is identified in Daniel 9:27 as having to do with Israel and its temple, a structure that is not now present in Israel. Some kind of peace agreement would have to be developed between Israel and its Islamic neighbors in order for that temple to be allowed on the Temple Mount in Jerusalem.

Is the current process of “on-again, off-again” peace talks to ultimately result in that covenant Daniel wrote about? The so-called “Quartet” of non-Jewish and non-Muslim nations have given them one year extensions, from September, 2009,   and repeatedly to September, 2012, to bring a peace agreement together. Just shortly after September, 2011, there was a public declaration that peace discussions were stalled because of Israel’s unwillingness to turn over any more of its territory. Then, September, 2012, came with repeated resistance by Israel and threats of statehood declarations by the Palestinians at the United Nations.

Those Western and European nations are impatient with the squabbling between Jew and Muslim, and want to move on to their greater goal of one world government. It does appear that this peace agreement is the one pointed to by Daniel. The content is right, and the timing is right, on balance with all other end-time events on stage and on the horizon.

Peace, apparently, is not easy to come by, for both sides are quite fixed in their demands, and are unwilling to concede. Will another anticipated end-time event then have to come on the scene to convince the factions that a covenant must be executed? The Luke 17 passage identifies conditions of livelihood among people to be normal, reasonably peaceful, and stable, economically, when sudden disaster comes upon them. However, the Islamic nations surrounding Israel are bristling with the urge to make war with Israel. Nothing seems to appease their agitation, for they say, today, they want to wipe Israel off the map…just as they have said in Psalm 83 centuries ago.

Will it take, then, the judgment of God in the results of the Gog-Magog invasion from the North, to break the resistance of the Muslim faction to come to an agreement for peace? Looking at all of these events together, it could fall into this kind of lineup:

1.   An encounter of Israel with its nearest neighbors, as described in Psalm 83, and Israel has, surprisingly, more defense strength than her enemies expected, and prevails.

2. The peace agreement comes together, and the Rapture occurs.

3. The sudden loss of millions of the population in America reduces it to a non-threatening entity in support of Israel, and the Gog-Magog invasion takes place while Israel’s attention is on rebuilding the temple and feeling “secure” in the new peace agreement. Yet, God again fights for them and Israel prevails over its aggressors.

4. The destruction of much of the Islamic world, or the impact of its loss in the encounter to “wipe Israel off the earth” will reduce or subdue the Muslim resistance to the control of a Judeo-Christian-sourced Anti-Christ, who will take charge.

5. After three and one-half years, this one who has come, “conquering and to conquer” will have become indwelt with the raging dragon (Revelation 12), and will take over the seven-headed beast. He will become its eighth head of solitary control (Revelation 17:11), move into the Temple and declare himself God, demanding worship of all people (II Thessalonians 2:3-4).

6. Judgments of God continue in increasing intensity, as of a woman in the travail of childbirth, until Jesus comes in person to end the charade of Satan, and effect the delivery, the birth of the millennium.

This article began with a question, “Are there two times of sudden destruction in the end-time?”.   And given that the descriptions of events preceding the sudden destructions are, in fact, ahead of the tribulation period, it is a good likelihood that both “destructions” are the same event. In any case, it will not bode well for anyone left behind.

A like consideration could be given to the two mentions of peace in the end-time scenario, if one accepts the view that Daniel 9:27’s statement of the “confirming of a covenant with many” is a peace agreement for the benefit of Israel. It could hardly be anything else, given the details of its context. Which leads to the exclamation of “Peace and safety” that Paul writes of in I Thessalonians 5:3. Are these the same event? Daniel’s account introduces the seven-year period when the temple will be rebuilt and when the man of sin shuts down sacrifices, desecrates the temple and declares himself God.       II Thessalonians 2:7-8 indicates godly resistance will be removed (the Rapture) and the lawless one will be revealed.

The coming of the Son of Man to remove His own from the path of judgment (as indicated in Luke 17:26-30), the “sudden destruction” that is announced in both accounts, is a fallout   of the Rapture, the signal event for the end of the age of the Church. In Luke’s account, the ongoing activities of people indicate that the utter chaos and devastation of a collapsed economy occurs after, not before, the believers are taken out to be with the Lord. Thus, His coming will be sudden and unannounced…and unexpected by the world. Then, is the expected economic collapse, now so much in the news, coming before or after the Rapture?

As Paul writes in Titus 2:13, we are “looking for the blessed hope and glorious appearing of our great God and Savior Jesus Christ…”.