Home › Bible Prophecy › Prophetic destiny and the challenge ahead

Prophetic destiny and the challenge ahead 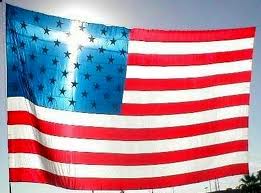 The prophetic destiny of America is in the hands of its own people as election day approaches. Proverbs 29:2 says, “When the righteous are in authority, the people rejoice: but when the wicked bear rule, the people mourn.” This proverb is becoming the anthem for the United States. Irrespective of how the election turns out, there will be more of the same–more debt, more war, more immorality, more homosexuality, more abortion, more pornography, more whatever. Blaming it on our leaders somehow shifts the responsibility from We the People. Election Day will change little. If the incumbent is reelected, he promises more the same. If not, one man cannot undo the American people. There will be mourning.

Only the American people can undo what we collectively have become. Where is the “Church” in all of this? Quite frankly, the mythical church in America is so wrapped around self-indulgent, extra biblical and even New Age teachings that people have become so “heavenly minded” they are rarely any “earthly good.” Otherwise, we would not have the sub-par candidates from which to choose. There is much banter back and forth on what is “Godly” to do–vote, not vote; be involved politically, not be involved; social agenda, moral agenda; and so on. The vast majority of the “church” is engaged in some sort of ideological subversion where even well-meaning Christians can no longer discern Bible from man.

So-called prophets with dreams and proclamations and declarations that have not one jot or tittle of Biblical grounding tickle the ears of people. “Reverends” use the Bible as if it is some dead historic document, disregarding any influence of the Holy Spirit in our lives. There is rarely truth being preached or practiced on either end of the spectrum. Those who do are looked upon by their fellow Christians as radicals, often ostracized by the legalists and the charismatics alike–both considering their own brand of “Jesus” rather than the true Word of YHVH. As Yeshua said in Luke 11:17, “Every kingdom divided against itself is brought to desolation; and a house divided against a house falls.” We have become bipolar.

We as the “Church” must change. As 1 Peter 4:17 says, “For the time is come that judgment must begin at the house of YHVH: and if it first begin at us, what shall the end be of them that obey not the gospel of YHVH?” We as followers of the Messiah are deep into a prophetic crossroads. Will we discard the chains of deception and bondage that imprison us and take up the garment of truth? Will we not think that prayer is our only action? Will we know the truth by our own study rather than stand on the vain words of deceivers? Will we become a people known like those in Acts 17:6 who “turned the world upside down”? It is our response to this challenge that will determine our prophetic destiny and the destiny of this nation.