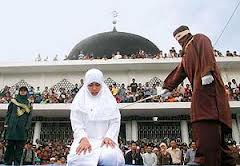 If Egypt under the Muslim Brotherhood is the world’s most important experiment in how Islam and democratic modernity can be reconciled, then the country’s Constitution, now in its last phase of drafting, is the crux of that test.

Close to 25 percent of Arabs live in Egypt. Elections come and go; constitutions much less so. This is critical.

There are ominous signs. The process, which should be as inclusive and transparent as possible, has been a stop-go fiasco from the moment Hosni Mubarak was ousted 20 months ago.

The current 100-member constituent assembly is the replacement for an earlier one disbanded by court order; the Parliament that appointed it has itself been disbanded.

The military long tried to orchestrate the proceedings before conceding defeat, outmaneuvered by Islamists who now outnumber liberals among the drafters. Many women and most Coptic Christians form alarmed constituencies of the new Egypt.

Some liberals, who have formed a new party called Al Dostour, or the Constitution, believe a complete makeover is essential given the flaws. Egyptians, exhausted by the post-Mubarak roller coaster, are often too weary to pay attention. You hear people say they are sick to the point they cannot even look at the news. Suspicion is rife.

“The Islamists dominate and they want not only an Islamic Egypt but a caliphate,” Manal el-Tibi, a human rights activist, fumed to me. She quit the constituent assembly last month, convinced that a process that began with the quest for consensus has become hopelessly skewed. “I was in the kitchen and I saw all the dirty details.”

Her concerns, like those of many other women, center on what is now Article 68 (previously Article 36). This says, “The state shall take all measures to establish the equality of women and men in the areas of political, cultural, economic and social life, as well as all other areas, insofar as this does not conflict with the rulings of Islamic Shariah.”

The last clause amounts to saying, “We commit to equality between the sexes except when we don’t.” It should be dropped.

The phrase “rulings of Islamic Shariah” offers no wiggle room. It contradicts the provision elsewhere in the draft constitution that says, “All citizens are equal before the law, equal in their rights and public duties, there shall be no discrimination between them on grounds of sex.”

It makes nonsense of the Muslim Brotherhood’s own electoral platform, which committed to a state “based on the principle of citizenship, where all citizens enjoy equal rights.” It opens the door to a push to lower the marriage age (currently 18), decriminalize female genital mutilation, enshrine discriminatory inheritance and condone domestic violence. Some Salafi sheiks have argued for marriage at the onset of puberty.

“The Salafis are obsessed with this article, but of course their worldview is different from the Brotherhood, who are pragmatists with a conservative base and want at least the appearance of a buy-in from liberals,” Heba Morayef, who works for Human Rights Watch in Egypt, said.

This is an important distinction. Tibi’s rage makes sense in the context of the ultraconservative Salafis, but depends on a caricature of the much larger Brotherhood, whose quest for middle ground is real. Leading liberals, including Amr Moussa, the former secretary general of the Arab League, and Ayman Nour, remain on the constituent assembly, convinced that compromise is still possible.

Signs of such compromise are evident. Article 2 of the draft mirrors the 1971 constitution and says “principles of Shariah are the main source of legislation.” (The existence of this framing clause is an additional reason to drop Article 68, which uses the much more limiting wording “rulings of Shariah.”)

The critical question raised by Article 2 is: which body adjudicates those “principles”? An earlier draft said the sole authority should be the clerics of Al Azhar, the country’s supreme Islamic institution — an idea with the potential to set Egypt on an Iranian course. But the latest says merely that Al Azhar should be “consulted,” a wording that should leave adjudication to lay courts.

The story of the last 20 months in Egypt has been one of back-and-forth. No single authority, not even the military, has been able to impose its will.

It is critical now that the Brotherhood, and President Mohamed Morsi, show a spirit of compromise that alone can enshrine a constitution respecting the women and men of Egypt, the rule of law, an independent judiciary and principles of non-discrimination.

If the constitution does not reflect the unity of secular and Islamic forces in Egypt that toppled Mubarak, it will only invite violence.

A court could still disband the constituent assembly; that would please some liberals. But starting over may not be the best option.

The perfect can be the enemy of the good. Further delay in establishing the legal framework of the new Egypt will undermine confidence and set back parliamentary elections. Morsi has the authority to re-engineer the committee in an impasse.

“If the Brotherhood does not side now with common sense and modern-day values we will have complete chaos,” Mohamed ElBaradei, the Nobel laureate who has rejected the whole process, told me.

Like Loading...
‹ The Armageddon Virus: Experts Fear A Disease That Leaps From Animals To Humans Could Devastate Mankind In The Next Five Years
Destroy-Israel Conference Comes To Illinois ›