Home › Christian History › What Did Jesus Really Look Like?

Throughout our lives, we have all seen Jesus depicted mostly as this slim, effeminate, white man with long robes, sashes, and sandals.  But what did He really look like?

In my opinion, Jesus wasn’t physically flawless as we perceive Him to be.  Why would God, who doesn’t want us to focus on our physical defects and flaws, send a perfect looking Jesus?  I do believe there would have been something intriguing about His eyes, because the eyes are the windows of the soul.  I tend to think He was a bit more rugged and muscular; after all, our God is a God of war, and when Jesus comes on His white horse at the end of the tribulation, He will come in righteousness to judge and make war, according to the book of Revelation.

I would have to say that if somehow, we had a real photo of Jesus Christ, it would be far different from what we’ve been accustomed to. 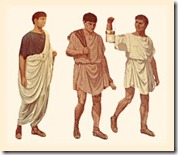 As far as what Jesus wore, it wasn’t a long robe with a sash.  He dressed in a knee-length linen garment called a tunic, which would have been tied around his waist with a sash.  On days when the temperatures were slightly cooler, He more than likely wore a cloak made of animal skin, such as wool.  His hair would have been long, as well as His beard.  He wore leather sandals on his feet, as did most everyone in His time and culture. 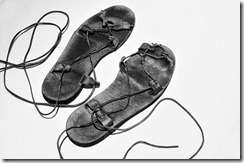 Jesus only ate two meals a day; once around noon, and again at the end of the day.  His diet would’ve mostly consisted of  bread, fruit, fish, milk products, like cheese and yogurt, and vegetables.  Meat was usually only served on holidays.  To sweeten His food, He would have used dates or honey, as these were the most common sweetening agents at that time.  The people of that time ate on a mat that was placed on the floor, and dipped their bread into a shared bowl with the rest of their family, using their right hand.  Water was considered unsafe because it wasn’t always sanitary, so it was usually mixed with wine. 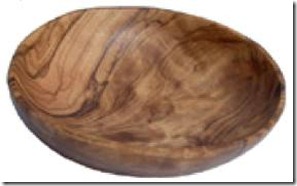 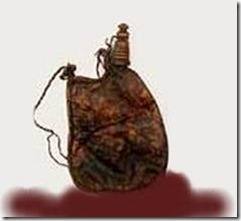 By the way, wine in the Bible can mean either vinegar, grape juice (non-fermented), or wine as we know it (fermented); and fermentation is always symbolic in the Bible of corruption.  There is speculation amongst people of the verse in the New Testament regarding the woman who snuck leavening into the bread.

So what do you think Jesus looked like?  Most importantly, Jesus would ask us, “Who do you say I AM?”

Like Loading...
‹ DO YOU LOVE WHAT YOU KNOW, OR ARE YOU IN LOVE?
To the Jew First, Then To the Greek ›